How does the customary wage scheme work and when does it apply?

An employee who performs work for a company in which he or his partner has a substantial interest must receive a salary from this company that is set at least at the highest of the following amounts:

It also follows from the Guidance that if there is no highest earning employee and neither the director-major shareholder nor the tax authorities provide evidence for a lower or higher salary, the minimum of € 48,000 applies.

A lower customary wage applies to innovative business start-ups. If the entity has an R&D statement for start-up companies, the customary wage is at least the statutory minimum wage. This start-up arrangement may be applied for a maximum of 3 years. After that the main rule applies again.

When does the customary wage scheme apply?

The customary wage scheme applies when the employee performs work for an entity in which he or his partner has a substantial interest.

In short, a substantial interest exists if the employee holds an interest of at least 5% directly or indirectly in the entity.

In addition to a substantial interest, there must also be the performance of work. If the substantial interest holder does not perform work, the customary wage scheme does not apply. But beware: if someone is appointed as a statutory director, he is always expected to perform some work for the company. This is because a statutory director always has duties to perform. The District Court of Noord-Nederland therefore ruled that managing a company always entails work of some size. In view of the limited scope, the court set the customary salary at € 10,000 per year. A statutory director will therefore always have to receive a customary salary for his work.

In situations of a statutory director it is also known that the tax authorities will be satisfied with a customary salary of € 5,000 per year.

How does one determine the amount of the customary wage?

Until recently, the so-called ‘afroommethode’ was used if no comparable employment could be found. With the afroommethod one determines the salary by ‘skimming’ the profits of the company. To determine the customary salary, the management fee is reduced by the costs of the company, excluding the salary for the director and general manager. A profit margin may also be taken into account. The remainder is then the basis for determining the customary salary, which means that the percentage of 75% may be applied to this basis. This method was not included in the law, but was decided by the Supreme Court. Meanwhile, the highest court in our country has itself imposed limits on the use of the aforementioned method. According to the Supreme Court, this method may not be used if there is a known salary of an employee in similar employment. Such comparative material can almost always be found.

These undesirable consequences can be avoided by properly determining and substantiating the amount of the salary in advance.

The Court of The Hague ruled that the circumstance that a director-major shareholder only works a few hours a month for the BV is in itself not a reason to take a lower customary salary into account. You will therefore have to present more arguments if you want to include a salary lower than € 48,000 for part-time work for the BV. In this case the director-major shareholder who suffered from increasing eye complaints had rightly determined his customary salary by taking a part-time factor into account.

In another case the director-major shareholder had been working for the company for four months, but still had to calculate the full customary wage. The director-major shareholder argued that the company in which he held a substantial interest had been inactive for a large part of the year. But the court in The Hague attached little value to this argument. In this case, the inspector had taken into account a customary wage of €30,000 for the year 2015, while the standard amount in that year was €44,000. Since the salary was already below the standard amount, the court held that it was up to the director and major shareholder to make it plausible that the salary should be even lower. According to the Court, he failed to do so.

Recording that salary also relates to work elsewhere within the group

Director-major shareholders whose company is in a loss situation often want to set the customary wage lower. The Supreme Court also grants a lower customary wage in loss situations if the continuity of the business would otherwise be at risk. This concerns a structural loss situation where losses are incurred several years in a row and there is not enough equity to pay the normal salary.

In a judgment dated 6 September 2002, the Supreme Court did not grant a reduction of the customary wage, because the director and major shareholder reduced the salary and at the same time withdrew substantial amounts in current account. Because of these withdrawals, it was not plausible that the reduction of salary was a direct result of safeguarding the continuity of the business. If that had been the purpose of reducing the salary, the director and principal would not have withdrawn the cash from the company.

Therefore, in the event of an incidental loss, the salary of the director-major shareholder cannot immediately be reduced below the applicable limit.

In start-ups, the customary wage is often a problem because in the start-up phase there is no liquidity to pay a customary wage. Start-ups will have to make agreements with the tax authorities about this in advance.

In practice, it happens often that director-major shareholders of start-up companies nevertheless choose to submit a 0 declaration monthly, in order to subsequently pay out the remaining balance as salary in December. The reason is then that the objectivity of this wage is proven because a higher wage would jeopardize the continuity and would therefore be un-businesslike. However, as the above shows, one cannot assume this in advance. The mere fact that a business is in the start-up phase is, according to the Supreme Court, not enough to speak of ‘structural loss-making’. And failing that, in principle the ordinary minimums apply.

A request can be sent to the tax authorities in which is made plausible that the salary is lower than € 48,000. The performance of the company in the start-up phase can be a handle. As mentioned above a relevant factor is the continuity of the company would be at risk with a higher salary. A structural loss may in fact be a reason to adopt a mitigating judgement on the level of the salary. After all, it would be unusual to offer a wage that the company’s cash flow cannot bear. But, beware! The mere fact that the company is in the start-up phase is not yet sufficient ground to establish that there is such a ‘structurally loss-making’ company. Substantiate that the nature of the current development work in a comparable independent position in the market would not yield € 48,000 either, but a lower wage. Especially when is emphasized in the request that if the company does have the space to pay out more than the lower wage at the end of the year, the company will do this instead of paying it out as a dividend, the tax inspector may agree to a lower wage for the time being. In this, however, the inspector does not have infinite freedom.

What else can be done then to ensure that the director-major shareholder is only taxed on the actual result? Don’t ‘convert’ to a BV just yet, but keep a transparant company such as a VOF or sole proprietorship. This may however not be the right option if the 30% ruling ruling is used by the director-major shareholder. The 30% ruling is only applicable in employment situations and not in case of a VOF or sole proprietorship. In this situation also be aware that for the 30% ruling a minimum required salary applies.

If the entity has an R&D statement for innovative start-up companies, the customary wage is at least the statutory minimum wage. This start-up arrangement may be applied for a maximum of 3 years. After that the main rule applies again.

Does the customary wage scheme apply in an international context?

From the 2003 rulings, the conclusion was drawn that the Supreme Court attached importance to the date of conclusion of the treaty. However, this turned out not to be the case. The Supreme Court stated that good treaty faith is only taken into account if the other contracting state has accepted the effect of a national law (fiction) provision to the treaty in question. Thus, it is not so important that the other state was aware of the domestic law provision of the other state. Nor is it important that the treaty was concluded after the national law (fiction) provision had entered into force. What is important is that the other state accepted the consequences.

The Supreme Court confirmed the above line in a judgment of November 18, 2016. This judgment dealt with the customary wage rule under the treaty with Portugal. The treaty with Portugal is of a later date than the customary wage scheme (1999 versus 1997). However, this did not lead to the outcome that the Netherlands had the right to levy taxes based on the application of the customary wage scheme. The Supreme Court ruled that a national law (fiction) provision in the absence of an equivalent regulation in the legislation of the other contracting party only applies in exceptional situations under a treaty. This (fiction) provision can only continue to apply under a treaty if it is known from the history of the treaty concerned or from other sources that the other contracting state accepts that the amendment or introduction of the national rule results in a different allocation of the taxing rights than that which follows from the treaty.

It follows from the above that the customary wage scheme will apply sooner than many director-major shareholders suspect. It is therefore important to determine very carefully whether:

The customary wage scheme may also play a role in cross-border situations. However, it is then very much the question whether the Dutch tax authorities can actually exercise its taxing rights.

The employer can reimburse expenses occurred during a domestic or foreign business trip tax free based on the rate lists for civil servants.

As an employer you are obliged to check the identity of your employees. Before the employee enters employment, you check the original identification document. 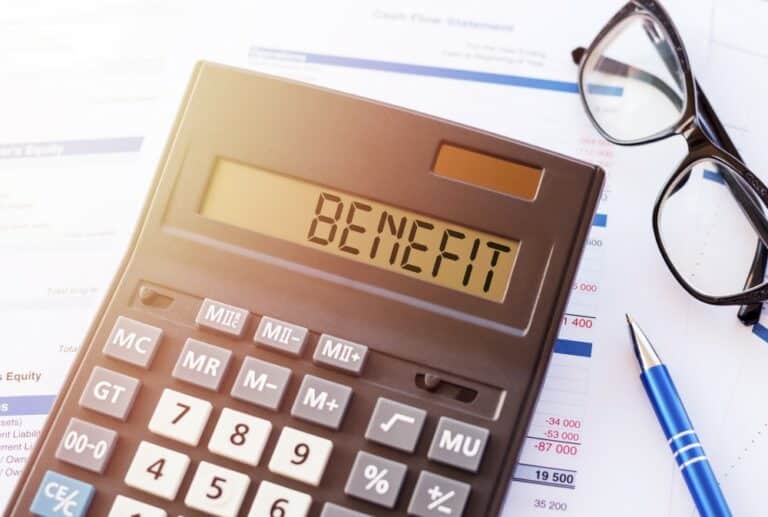 A tax credit is a discount on the wage and income tax and/or premiums social security of an employee or person entitled to benefits. There are 8 tax credits. 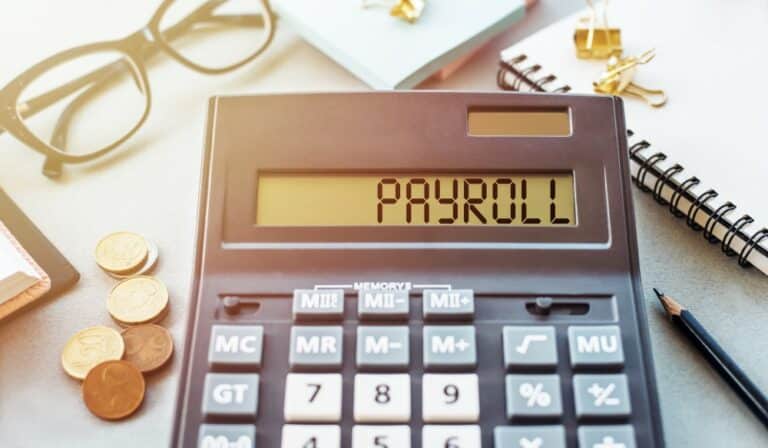 This article explains how to register as an employer in the Netherlands and what information you will receive from the Dutch tax authorities.